Interview: Will King on "Rhinoceros" (At Rhino) 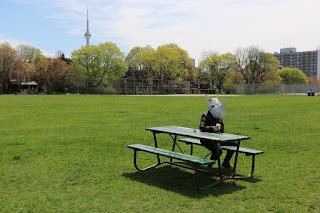 Will King - Artistic Director and Producer at Seven Siblings Theatre - took the time to answer some questions about the company's upcoming show: Rhinoceros (written Eugène Ionesco).

It's about a small town invaded by a herd of Rhinceros, and one person's escape from it.

Here's what Will had to say about this "absurdist masterpiece" :

1. Can you talk a bit about the show: Why you chose it, the basic premise, what audiences can expect to see?

Rhinoceros follows Ionesco’s iconic everyman Berenger as she evades transformation and confronts a mysterious and quickly growing crash of rhinoceros. The play was originally written as a response to the rise of the Nazi Party in Germany, but the story subversively mirrors any uprising of political, social, or personal beliefs. The public sight of a rhinoceros in our first scene quickly spreads the sensationalism and power of mob mentality and with each act the play pulls us deeper into the struggle of the individual. With the rapid transformation of humans into rhinoceros', Ionesco forces us decide whether humanism is worth saving.

I chose it because I love it. It’s a conceptual play, but it also works as a straightforward conflict. Rhinoceros are dangerous. Losing a best friend to rhinoceritis is a tragedy. The foundation of human society will not work if everyone becomes a rhinoceros. If we play the imaginary circumstances truthfully the metaphors and allegory often takes care of itself.


2. Reading from your press release, I’m really curious about what this means: “As an added challenge, a list of ten things that must occur or appear in the production has been created”. Can you elaborate on that or give us some clues as to what all - or some - of those things may be?

Yes! This process differs from our usual rehearsals not just in a condensed timeline, but also in the nature of our collaboration. I’ve done everything in my power to put power in the hands of our actors. Our ten challenges range from physical (create a Rhinoceros using 2 or more actors), conceptual (a piece of propaganda), or primitive (a mating ritual). We also have a new challenge included for each performance through our “mystery box.” Erika Downie, Madryn McCabe, Kate McArthur, and myself have secretly sourced a new item to be included in each performance. Each challenge must be incorporated into the performance in an authentic and truthful way for the characters.

Even the production design is directly influenced by our actors. The walls of our set are covered with chalkboard paint and freshly reinvented four times throughout the show in different chalk colour and style. This helps us see the world from the inner mind of each character and amplify the atmosphere of each location.


3. I laughed when I saw the venue – The Rhino - and am wondering if that was deliberate or a really hilarious and wonderful coincidence?

It was a choice. Sensationalism and propaganda are central themes in the play and we thought there was no better place to stage it than The Rhino. The play starts in a public and alcohol-friendly environment, and I hope it helps bolster our word of mouth.


4. With such a short run - only four days - does that mean more or less pressure for you as a director, and for the entire cast?

It’s been important to me since the inception of Seven Siblings that we would never do a project without creative risk. Rhinoceros is a beast of a play, and one of our most ambitious projects to date. We all knew it before we started, but our cast and crew are incredible and they’re up for the challenge. There’s definitely added pressure, but I think it’s healthy to feel you have something at stake. We all want to do our best work, and we’re all coming together to make it happen. I find that the Chekhov work is invaluable in keeping our creativity flowing. We want to be clear and specific, but the psychophysical exercises help keep those discoveries in the body.

Patrons will realize (or maybe they won’t!) that we’ve done a lot of gender bending with the production. Berenger is now female, Daisy is male, and over half the cast is flipped. I wanted to take a look at how gender plays a role in Ionesco’s microcosm of society, and my hope is that it doesn’t affect the story arch at all. We shouldn’t have to apologize for our archetypal everyman being a woman. I love having Daisy as a heart-centered man. I love seeing the scripted seduction spun to the opposite side. Our production is contemporary, life has changed since the play was written, and we’ve got the long overdue female representation to match. 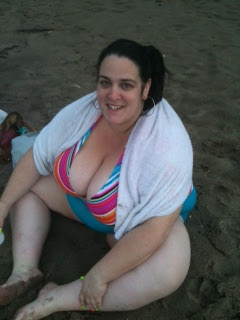